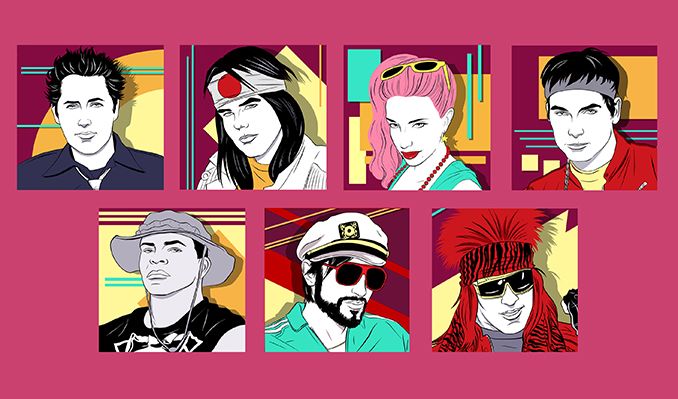 This show been rescheduled for Saturday January 23, 2021. Ticketholders - there is nothing you need to do, your original tickets are valid for the new date and will be honored at the door.

Remember the Eighties? Sure, we all do...but the Legwarmers don't just remember the Eighties - they relive them. It all started back in May 2001 when Gordon Gartrell and Cru Jones had just seen yet another cover band butcher the decade that they loved, so they decided to do something about it. They assembled a group and vowed to give the world's most hedonistic decade the tribute it deserved. Joined by Chet Reno, Lavaar Huxtable, Roxanne Rio, Capt. Morgan Pondo and Clarence McFly, they locked themselves in the basement with a shoebox-full of dusty 45's and an endless supply of Tab. One year later, the Legwarmers emerged.

Quickly taking the DC area by storm, shows became events for those in search of a simpler time when everybody was just working for the weekend and it was hip to be square. From the Simmons electronic drum kit to the checkered vans and skinny ties - the Legwarmers are the Eighties you remember. Fans have reported leaving shows trapped in character, blaming the Legwarmers for their ill-fated attempts at dancing on the ceiling and their inability to drive 55. The Legwarmers do the songs the way they were meant to be done - with a wink, a smile, and a sound that gels like Aqua Net.

With more moves than a Rubik's Cube, the Legwarmers take the stage like it's prom night in a John Hughes movie, a very special episode of "Square Pegs" and the Monsters of Rock Tour - all at once. So remember: this ain't no half-assed cover band, this ain't no disco, this ain't no fooling around - it's the Legwarmers, the Ultimate 80s Tribute Band.

FacebookOfficial WebsiteTwitter
*Service and handling fees are added to the price of each ticket.