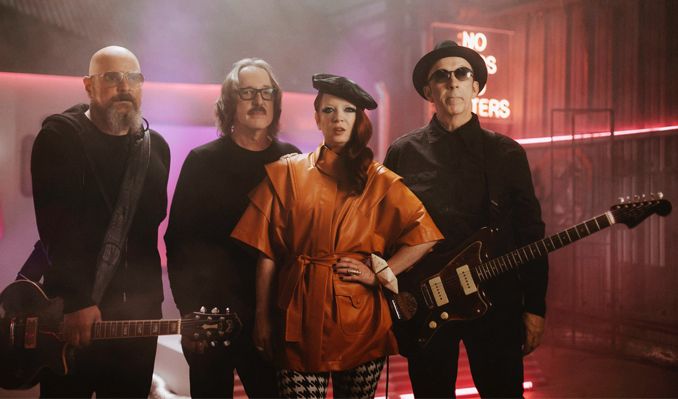 Garbage is Shirley Manson, Duke Erikson, Steve Marker and Butch Vig. After forming in Madison, WI, Garbage released their self-titled debut album in 1995. The band's unique sound and provocative visual aesthetic, inspired massive worldwide attention and success. Their follow up album, Version 2.0, released in 1998, topped charts all over the world and garnered multiple Grammy Award nominations including Album Of The Year. Garbage went on to release two more albums: 2001's Beautiful Garbage and 2005's Bleed Like Me, the latter of which earned the band its highest chart position with a No. 4 on the Billboard Top 200 Album Chart. After a 7-year hiatus, the band released their fifth studio album Not Your Kind of People in 2012 on their independent record label, STUNVOLUME. The album was named one of Rolling Stone magazine's Top 50 Albums of 2012 and was hailed as the "alternative to everything," by Pitchfork. Garbage has sold over 15 million albums worldwide and performed in over thirty-five countries. In 2015, the band celebrated its 20th anniversary with their SOLD OUT '20 Years Queer' world tour and the release of a special 20th anniversary edition of their debut album, re-mastered and featuring previously unreleased material. In 2016, Garbage released Strange Little Birds, which debuted at No. 1 on Billboard's Top Rock Albums and Alternative Albums chart, and arrived at No. 14 overall on the Billboard 200 chart.

YouTubeOfficial WebsiteTwitterMySpaceFacebook
*Service and handling fees are added to the price of each ticket.