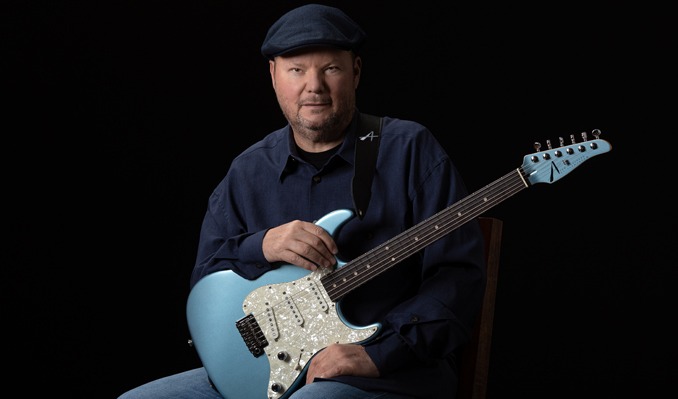 Christopher Cross was by far the biggest new star of 1980, virtually defining adult contemporary radio with a series of smoothly sophisticated ballads including the #1 hit, "Sailing."

Christopher Cross' 1980 self-titled debut album with the lead single "Ride Like the Wind" rocketed to the #2 spot; the massive success of the second single "Sailing" made Cross a superstar, and in the wake of two more Top 20 hits, "Never Be the Same" and "Say You'll Be Mine," he walked off with an unprecedented and record-setting five Grammys in 1981, including Best New Artist and Song of the Year for "Sailing." He soon scored a second #1, as well as an Academy Award, with "Arthur's Theme (Best That You Can Do)," which he co-wrote with Burt Bacharach, Carole Bayer Sager, and Peter Allen for the smash Dudley Moore film comedy Arthur. (Excerpt from Jason Ankeny, All Music Guide)

Christopher's much-anticipated second album Another Page came out in 1983 and produced the hits "All Right," "No Time for Talk," and a Top Ten entry for "Think of Laura," a song featured prominently in the daytime drama, General Hospital.

At this writing, Christopher has released eight albums (not counting hits packages), a body of work revealing a steady, focused dedication to that oh-so-rare commodity of the latter-day popster – artistic growth.

Those who have followed Cross have reaped the rewards of set after set of intelligently written and performed melodic pop.

Throughout the years, he has remained a unique artist, replete with that confounding blend of sensitivity, determination and conviction of his own artistry.

Beyond the Cross-mania years, Christopher co-wrote and sang the song that helped define the 1984 Summer Olympics, "A Chance for Heaven;" he co-wrote and sang the delightful "Loving Strangers" for the hit 1986 Tom Hanks movie, Nothing in Common; and the following year he presented "I Will (Take You Forever)," a lovely duet with international Les Miserables star Frances Ruffelle, which tune has graced many a wedding (and is still a staple of radio worldwide). Singles from most all of his albums charted in Japan and elsewhere in East; and the rollicking "In the Blink of an Eye" enjoyed a smashing top-ten success in Germany and surrounding territories in 1992.

Christopher Cross' string of post-megahit albums from the mid-1980s to the present represents, in a consistent manner, a hard-travelled road of integrity, a refusal to compromise: Every Turn of the World, Christopher's foray into a harder rocking style which delighted fans; Back of My Mind, a collection of breezy pop perfection with a foreshadowing of the deeper range to come; Rendezvous, the insightful, landmark Cross set that found him tackling thoughtful subjects; Window, a heartfelt, acoustic-pop of the era; and Walking In Avalon / Red Room, arguably the very pinnacle of sophisticated, mature – and, lest we forget, fun – Christopher Cross music.

Christopher continues to record and perform, averaging about 100 live shows per year. Every few years, the world has been gifted with a new set of songs, each of the albums growing innately from the last while resolutely advancing the state of his art. And he has continued to seek out his fans worldwide by regularly hitting the concert road, never depriving those fans of the early hits (played note-perfect), as well as a broad range of his latest work – the songs where his heart (and his art) truly lies. The audience response is never less than rapturous.

That later work, much of it in collaboration with lifelong cohort Rob Meurer, stands up to the best of better-known contemporary pop; some would say it stands a bit taller. It also stands as a testament to an artist who strives to deepen.

His latest album, the May 2011 release Doctor Faith, raises the bar that much higher. Written entirely with Rob Meurer, it is an album created with the thoughtful eye of men who aren't afraid to act their age, and the buoyant spirit of artists still excited about what they do. It is, unarguably, Christopher's finest work to date.

Christopher Cross has many a laurel, none of which has ever been rested on.
Read More

Official WebsiteFacebookMore InfoTwitter
*Service and handling fees are added to the price of each ticket.