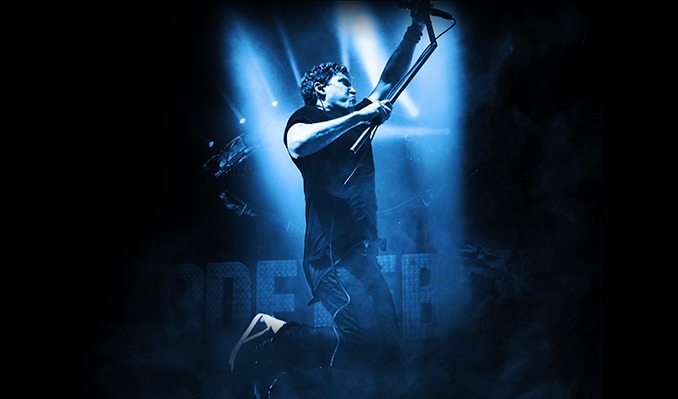 The follow up to 2018’s EP Thanks for Everything, Screamer finds Third Eye Blind collaborating with Alexis Krauss of Sleigh Bells (“Screamer”), Ryan Olson of Marijuana Death Squad and Poliça (“Who Am I” and “Got So High”), and the album’s musical consigliere, Billy Corgan.

“My current mood resonates with rebellion, energy, courage, and risk,” says Stephan Jenkins, on Third Eye Blind’s sixth full length album, Screamer (October 18). “I seek to combine it with a percussive level of musical immediacy in this collection of songs to cultivate collective idealism and an unapologetic aspiration towards humanistic values.”

“We have always been so insular,” says Jenkins, “and on Screamer we adopted an open door policy -- come in, be musical, and follow the song where it takes us.”

Going strong for over two decades, Third Eye Blind have broken their own attendance records with 2019’s Summer Gods tour. The biggest tour in the band’s history will wrap August 3 in Irvine, CA with Jimmy Eat World and Ra Ra Riot. (Third Eye Blind has offset the tour’s carbon footprint by donating a portion of each ticket sold to a US-based carbon offset project managed by ClimeCo.)

“It’s an incredible feeling to be in a good rock band,” adds Jenkins. “The gift that’s been given to me is that people view my music as enlivening them.”

FacebookMySpaceAmazonOfficial Website
*Service and handling fees are added to the price of each ticket.